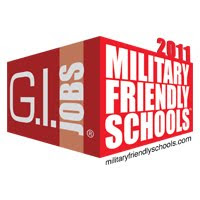 ACHS currently has more than 150 active duty service members, veterans, and military spouses enrolled. The College participates in the Yellow Ribbon GI Education Enhancement Program and is a member of Servicemembers Opportunity Colleges (SOC), strictly complying with SOC principles and criteria for flexible programs, including accommodations for non-traditional learners, a fully online format, and 24-hour access.

In addition, ACHS accepts all military education benefits, including the Military Spouse Career Advancement Account (MyCAA) for military spouses pursuing degrees, licenses, or credentials leading to employment in portable career fields, and a partnership with the Imagine America Foundation to offer a military scholarship for veterans and military spouses.

“It’s wonderful to see our military students apply what they learned where deployed to prepare for a career stateside,” says ACHS Dean of Admissions and Military Education Coordinator Tracey Miller. “CAM education and career training are a perfect fit for military students who are looking to continue their work educating others about holistic approaches to wellness, such as helping military and non-military clients who may be struggling with PTSD.”

For more information about Military Friendly Schools and military education benefits, read the full-length press release on the ACHS website under News and Events, here: http://www.achs.edu/news/news-detail.aspx?nid=241
Posted by Lauren at 9:38 AM