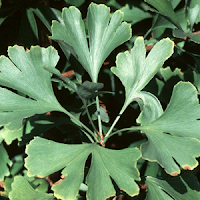 The American Botanical Council (ABC) released a statement yesterday announcing that Mark Blumenthal, ABC founder and executive director, has "been working to publicly address misconceptions about ginkgo, resulting from a recent high-profile study."

Blumenthal was recently interviewed by Dr. Ronald Hoffman for the show Health Talk. During the interview, Blumenthal talked about a study published in the Journal of the American Medical Association (JAMA), which "reported that a leading ginkgo extract did not reduce cognitive decline in older adults. Blumenthal pointed out that this study had many significant limitations, and he highlighted some of the many positive studies indicating ginkgo's effectiveness."

Here is a link to the press release the American Botanical Council sent out addressing the "limitations" of the JAMA study: http://abc.herbalgram.org/site/MessageViewer?em_id=9801.0

Blumenthal's interview is available for download as a podcast here: http://www.wor710.com/topic/play_window.php?audioType=Episode&audioId=4294989