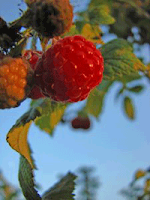 The article below originally appeared on the website BlogCritics.org.

Menopause is the natural cessation of menstruation and ovulation, which typically occurs in women ages 40-55. Though menopause is sometimes called the “change of life,” it does not have to change your life in a negative way. Rather, there are many natural strategies you can use to make the transition as smooth and health-promoting as possible.

Nutrition is a big part of everyday life and, for that reason, one of the best tools you can use to control any menopause-related symptoms. Once you know how to select foods that will support your body during menopause, you will feel more in control of what your body is experiencing, but you will also be practicing the best medicine possible — prevention.

Menopause is often associated with stressful symptoms like hot flashes, sweating, irritability, depression, and stomach upset. Why is that? Many naturopathic and allopathic doctors attribute menstruation with the ability to eliminate toxins from the body. Once menstruation ends, toxins have to find new channels and can overload other eliminatory channels. When this occurs, physical symptoms of toxicity appear.

Women cannot stop menopause from happening. But, we can ease the transition with a good nutrition program. There has been a lot of research about the role herbs can play in balancing hormones in the body. Plant saponins, such as the diosgenin found in wild yam, cause a mild balancing response by binding directly to hormone receptors. The following herbs contain beneficial saponins: black cohosh, dong quai, elder, ginseng, licorice, passion flower, and wild yam.

Additional vitamin and nutrient-rich herbs that can ease menopause include:

For more information about holistic nutrition, CLICK HERE.
CLICK HERE to read the full article.
Posted by Lauren at 3:16 PM