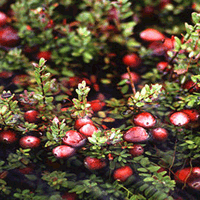 The American Recovery and Reinvestment Act of 2009, signed into law by President Barack Obama on February 17, 2009, has about $5 billion (of a total of $787 billion) allocated for scientific and medical research. A handful of these studies involved research on herbs and herbal dietary supplements.

There are several interesting uses for herbal ingredients being researched with the aid provided by these federal grants. For example, at the University of Alabama at Birmingham, Jeevan Prasain, PhD, is testing whether metabolites in cranberry (Vaccinium macrocarpon) can protect against bladder cancer. Researchers at the University of Michigan at Ann Arbor are studying the effect of ginger (Zingiber officinale) root as a preventative of colorectal cancer. For the ginger study, Suzanna Zick, ND, MPH, and her team of 10 other researchers are using the $98,022 to hire a part- and full-time employee, creating 2 jobs (oral communication, October 21, 2009). Specifically, the supplemental grant will fund the analysis of a panel of inflammatory markers in the gut tissue of people at normal or high risk for developing colorectal cancer. The grant funds will be used to obtain supplies, rent equipment, and hire the personnel to run the inflammatory marker assay, according to Dr. Zick.

“If we didn’t have this stimulus grant, it wouldn’t make us as competitive for the next grant,” said Dr. Zick. “Bio-marker work is expensive.”

Dr. Zick also added, “Ginger is an up-and-coming herb in cancer prevention.” She further noted that the main use she and her colleagues are studying is the prevention of colorectal cancer, not cancer treatment, as in previous animal studies ginger was most effective if rats were given ginger before cancer started growing or at the very beginning. She also added that ginger may be effective against metastatic cancer as it has strong anti-inflammatory properties.

Another interesting study, taking place at the Southern Illinois University at Carbondale, involves the possible inhibition of cancer cell proliferation by the constituents in American ginseng (Panax quinquefolius, grown in Wisconsin, obtained from the Wisconsin Ginseng Board). The grant received by lead researcher Laura Murphy, PhD, will total $275,000 with $125,000 awarded the first year and $150,000 the second. The $125,000 will primarily be used for the salary of a new technician. This ginseng research team currently consists of 2 research technicians, and 1 undergraduate student whom is working for class credit. The researchers hope to further recruit 1 graduate student (whose stipend will have to be paid by the department of physiology) and 1 unpaid undergraduate intern.

In the research team’s research project they have found repeatedly that oral ginseng treatment helps the chemotherapy drug doxorubicin be more efficacious in decreasing human breast cancer tumor growth in nude mice. According to Dr. Murphy, there has been nothing published using animals or in humans related to this specific ginseng indication.

“But, it is very difficult to tease apart the mechanism of action,” said Dr. Murphy (e-mail, October 20, 2009). “The uniqueness of this project is that we recognize that ginseng is a virtual ‘drug store.’ Treating a mouse with a single ginsenoside or polysaccharide component does not tell you what ginseng will do.”

By Kelly E. Lindner. This article was originally published in HerbalGram, the peer-reviewed journal of the American Botanical Council, in issue 85, ©2010. www.herbalgram.org